Rubber cable How to avoid blackening of copper wire

Rubber cable is a soft and mobile cable product with multiple strands of thin copper wire as conductor, outer rubber insulation and rubber jacket. Generally, rubber cables mainly include general rubber flexible cables, electric welder cables, submersible motor cables, radio cables, and photographic light cables.
After a period of use, the rubber cable copper color tends to black. The reason for this is that there are many reasons for the blackening of the copper wire of the rubber cable. In addition to the material formulation of the rubber, it is also related to the state of the copper wire itself, the rubber processing technology, the rubber vulcanization process, the structure of the cable, and the sheath. Rubber formula and production environment are related to many factors.

In the 1950s and 1960s, most domestic manufacturers used ordinary copper rods (copper content of 99.99%, all of which were aerobic copper rods). The production method was that after the copper ingots were heated, multiple passes were used to obtain black copper. The rod is made into a relatively thin copper wire after the large, medium and small pulls. Because copper itself is not oxygen-free copper, it is inevitable that oxidation will occur on the surface of the copper wire during processing. 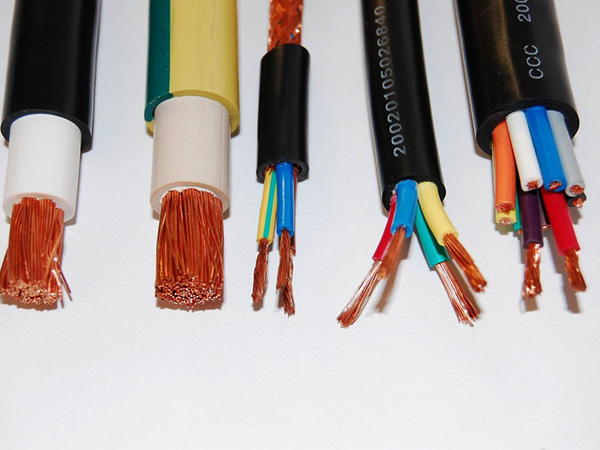 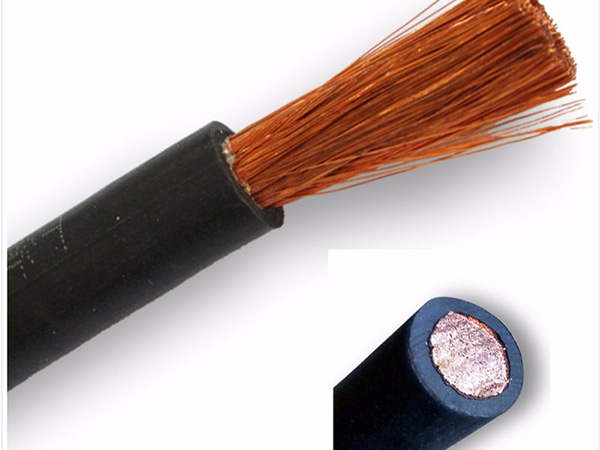 Practice has proved that TMTD can't solve the blackening problem of copper wire. At the same time, the insulating rubber will have various colors, among which red, blue, yellow, green and black are the basic colors, and the appearance of these colors will cause the rubber to stick and the copper wire to be black. The main fillers in the formulation are light calcium carbonate and talc, but due to price factors, some manufacturers use low-cost calcium carbonate and talc to reduce costs. These filler particles are coarse and have a large amount of free base and a large amount of impurities, so that physical and mechanical properties are relatively poor, electrical properties are not good, and copper filaments are likely to be black. Some manufacturers use active ultra-fine calcium carbonate to improve the physical and mechanical properties of the insulating rubber, and most of the active calcium is treated with stearic acid, which is also responsible for the blackening of the copper wire. The use of vulcanizing agent VA-7 can improve the blackening of copper wire, but due to insufficient degree of vulcanization, the permanent deformation of the rubber is large, which will cause the rubber to become sticky. In particular, after the addition of the promoter ZDC, the vulcanization rate is increased, and in order to prevent scorch, an accelerator DM is added to delay the scorch time. From the structure of the promoter ZDC, it is indirectly a metal zinc in the two connected sulfurs in the TETD structure.

The catalysis and aging of copper is an important cause of rubber stickiness. The test of the former Soviet Cable Science Research Institute proved that during the vulcanization process, copper penetrates into the insulating rubber from the contact with the rubber, and the insulating rubber with a thickness of 1.0-2.0 mm contains 0.009-0.0027% of copper. It is well known that even trace amounts of copper can cause great damage to the rubber. This is what we usually call the catalysis and aging of heavy metals on rubber. During the insulation vulcanization process, thiuram precipitates some free sulfur to react with copper to form an active copper-containing group. Upon aging, the weaker -S-S- bond breaks, forming an active copper-containing Cu-S-. The combination of this low molecular chain reacts with the rubber and reacts with oxygen to destroy the long bond molecules of the rubber, making the rubber soft and sticky. In the study of the problem of tackiness and recurrence, the French Rubber Research Institute pointed out that if the rubber contains harmful metals, such as heavy metal salts such as copper and manganese, no matter which kind of accelerator is used, rubber stickiness will occur.

In view of the reason why the sulfur in the rubber cable penetrates the surface of the insulating rubber and the copper wire, the former Soviet scientists have used radioisotopes to confirm the possibility of sulfur diffusion in the cable sheath rubber. In natural rubber-based vulcanizates, the diffusion coefficient of free sulfur is about 10-150 px2/s at a temperature of 130-150 °C. In the continuous vulcanization workshop, the temperature of the vulcanized sheath rubber is maintained at 185-200 ° C, which makes the sulfur diffusion coefficient larger.

The diffusion of free sulfur from the rubber sleeve changes the structure of the thiura rubber and may form polysulfide bonds. These polysulfide compounds are chemically decomposed and combined to achieve migration, that is, "chemical diffusion", which not only changes the structure of the insulating rubber, reduces its heat resistance, but also reacts with the copper surface to form copper sulfide and cuprous sulfide, resulting in copper wires. Black. At the same time, copper sulphide and cuprous sulphide also accelerate the aging of the rubber, causing the rubber to become sticky.
点击图标下载 App

Prev : What is the difference between silicone and rubber? How to judge?
Next : Is YC Electric Cable or Electric Wires?
TOP
Online Service×